In the Genesis10 blog post, How to Identify and Fill the Talent Gap, we cited U.S. military veterans as a deep, yet underutilized pool for filling growing skills and talent gaps in U.S. corporations.

The unemployment rate for veterans who served on active duty in the U.S. Armed Forces at any time since September 2001 (Gulf War-era II veterans) edged down to 5.1% in 2016, according to the U.S. Bureau of Labor Statistics (most recent data available). The jobless rate for all veterans also edged down over the year to 4.3%. For comparison, the unemployment rate in October 2017 for the general population is 4.1%.

The data does not assess the potential numbers of under-employed U.S. military veterans – for example, the highly trained radio operator who is working in a low-skilled position. 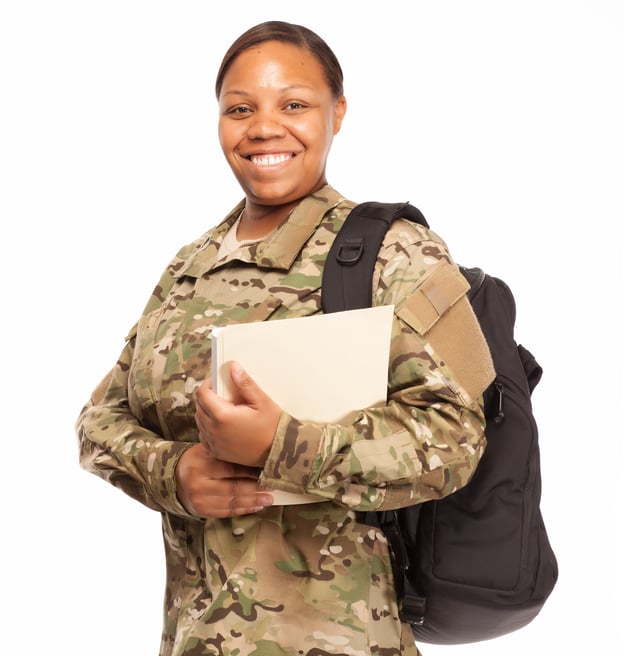 The issue is complex. Veterans do not understand how to translate their qualifications into corporate jobs. And it’s difficult for the military to assist effectively because, very often, the people tasked with aiding transitions to civilian workforce have never gone through the process themselves. Corporations, for their part, don’t really know how to read veterans’ resumes or to spot and understand the latent potential that many veteran candidates possess.

There are other things taking place below the surface. Hiring managers are concerned about things like: Does this person suffer from PTSD?" "Are they likely to be called up as a reservist?’ It all adds up to a misperception of risk that stops hiring decisions from being made even in companies that altruistically want to do something to support returning military veterans.

After first separating from the U.S. Marines a few years ago, one U.S. veteran recalls being asked in job interviews to cite special skills he might have. “I would say, ‘I was one of a thousand people in my battalion selected to attend a training school for calling in airstrikes.’ I was really proud of the accomplishment, but the reaction would always be: ‘Well, we don’t need someone who can call in airstrikes.’ While I was using the example as an indicator of intelligence – they tend to select smart people who can handle themselves under extreme stress for complex and difficult tasks – the hiring managers could not make the translation to how this might signify my potential proficiency at other difficult, technologically-driven tasks.”

Veterans' personal experiences with corporate hiring managers interestingly echo arguments set forth in a Harvard Business Review article referenced in the Genesis10 blog post, War for Technology Talent Intensifies in 2017, which suggests that, to win the coming war for talent, corporate hiring managers must learn to rely less on traditional indicators – such as IQ, experience, past performance, competencies and skills – and more on detecting the potential people have for learning rapidly, solving problems and being highly adaptable to fast-moving global market and economic conditions.

HR automation solutions only exacerbate the difficulties of tapping into military veteran talent pools as they automate processes for scanning resumes and cover letters and either select or discard candidates based on presence or absence of particular keywords. Much of the Genesis10 does in our Veterans Program “is helping U.S. military veterans to re-tool their resumes so they can get through these initial screening processes and into the interview stages.

In the end, it’s not enough for CEOs to stand at a podium and proclaim they want to hire more veterans. They also need to find systematic ways of socializing the idea internally and helping people to overcome misperceptions of risk often associated with veteran hiring. In so doing, they will begin to move beyond the idea of veteran hiring as a social good and to the understanding that it’s just good business strategy.

Veterans are not looking to retain their military personas forever. “Ultimately guys like me want to be thought of as just a guy who is okay with showing up to a meeting either right on time or even a little late," says one Veteran. "Someday I will be there, but it isn’t like flipping a switch. It takes 12 months or longer to become fully indoctrinated to life in the military, it can take just as long to complete the transition back to civilian mindsets.”

Gain more insights on how to tap effectively into the ex-U.S. military talent pool by checking out other blogs on the Genesis10 Veterans Program which include specific suggestions for hiring managers to consider on how to more effectively identify, interview, hire, develop and retain ex-military candidates who possess great potential to be successful in civilian corporate settings