War for Technology Talent Intensifies in 2017

Perhaps now more than ever, business leaders around the world are concerned about their perceived inabilities to find, attract and retain top talent needed to maintain their success in coming decades. And, while we have dedicated several posts already to investigating the many and complex reasons underpinning today’s talent paradox, a recent Harvard Business Review article, The Big Idea: 21st Century Talent Spotting, adds yet another set of interesting perspectives and thinking to the mix. 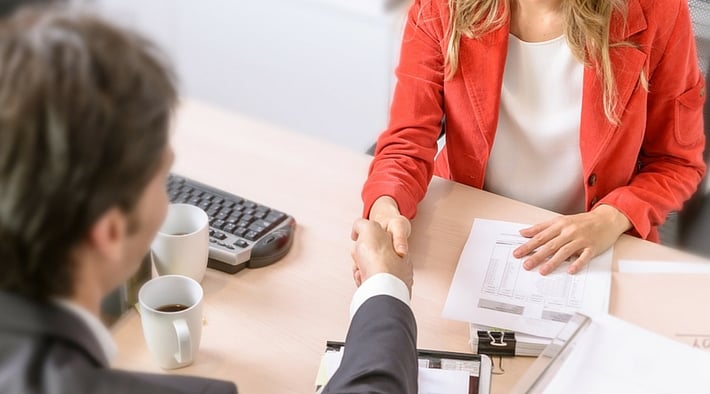 Essentially, according to author Claudio Fernández-Aráoz, the complexity and speed of change in the new global economy demands that hiring managers adopt new indicators for predicting who can and will succeed in various jobs and corporate leadership roles. Indicators - such as IQ, experience, past performance, competence and skills - are out. Potential is in.

“In the past few decades, organizations have emphasized ‘competencies’ in hiring and developing talent. Jobs have been decomposed into skills and filled by candidates who have them. But 21st-century business is too volatile and complex – and the market for top talent too tight – for that approach to work anymore…Today, those responsible for hiring and promotion decisions must instead focus on potential: the ability to adapt to ever-changing business environments and grow into challenging new roles.”

The War for Talent

To explain intensifying tightness in the global market for top talent, Fernández-Aráoz touches upon several of the same phenomena we have been investigating already – namely, shifting population demographics and weak pipeline management as companies have been focusing intensively in recent years on cutting costs, shifting from fixed to variable cost structures and - in the process - gutting their human resources capabilities (recruitment, development, mentoring, retention and so forth) and masking their internal talent challenges.

Globalization, according to Fernández-Aráoz, is a third major phenomenon that corporate leaders and talent strategists must be paying attention to as they move forward with longer-term talent strategy and risk planning. While corporations based in advanced economies have been reaching out for many years to source talent in emerging economies, such as China, India and Brazil, they are now facing significant competition from new global players both within those emerging economies and increasingly in their own domestic markets as well.

“Take China, which now has 88 companies in the global Fortune 500, up from just eight in 2003, thanks in part to foreign growth. Huawei, the leading Chinese telecommunications company, employs more than 70,000 people, 45% of whom work in R&D centers in countries, including Germany, Sweden, the U.S., France, Italy, Russia, and India. Similar examples can be found in companies based in markets such as India and Brazil.”

Fernández-Aráoz suggests that continued convergence of these various phenomena will eventually engender a “war for talent” that may prove insurmountable for corporations that do nothing to change or update their approaches to identifying, sourcing, developing and retaining talent. However, he says,

“…for those that learn how to spot potential, effectively retain people who have it, and create development programs to help the best get better, the situation will instead offer an extraordinary opportunity.”

Fernández-Aráoz dedicates the lion’s share of his article to explaining just how hiring managers can begin to identify potential in prospective job and corporate leadership candidates and what it will take in terms of investment and activities to nurture and retain high-potential employees over the longer term. It is a fascinating read that we recommend highly to corporate leaders and strategists concerned with questions of long-term talent strategy and planning with the one caveat that Fernandez-Araoz is mostly addressing the question of sourcing talent for strategically focused corporate leadership positions. We would argue that, even with rapid change underway in the global economy, there is still plenty of tactical work out there for which job experience; prior performance, hard skills and competencies remain the primary indicators of longer-term success. Yes, hire for potential at every level, but balance the approach by assessing and validating for competencies, capabilities and indicators for fit. Even Fernández-Aráoz relents somewhat on this point in the end:

“Although potential should be the defining measure of executives today, it would be a mistake to ignore other lessons we’ve learned over the years about how to evaluate people,” including intelligence, values and leadership competencies.

We agree wholeheartedly that the nexus of talent spotting needs to shift to include better sensors of potential among job and leadership candidates who do not appear, at first blush, to be good fits for particular sets of job requirements. In one recent post, Millennials: The Generation that Changes Everything, for example, we explored the untapped potential in the large U.S. base of millennial junior talent (recent college graduates). In another post, Ten Tips for Hiring U.S. Military Veterans for Corporate Roles, we look at the currently under-recognized potential residing among U.S. military veterans.