This blog is one of an ongoing series that examines the technology talent gap by major metro area serviced by Genesis10. Coming up we will also be looking at Dallas, Nashville and Des Moines, among others. Recently, we posted on Austin, Milwaukee, Cleveland and Charlotte.

In April, MarketWatch named Kansas City to its list of cities emerging as new tech hot spots. Routinely making headlines for its growing tech economy, “Kansas City landed on the map several years ago after becoming the first site of Google Fiber, and the sector has been growing ever since with a healthy and vibrant startup scene,” the financial information website reported.

Kansas City continues to be a market to watch according to the Kansas City Business Journal which earlier this year reported that Missouri is poised to become a top 10 tech state in five years.  As it stands in tech sector growth in 2019, Missouri is expected to outperform the U.S., Midwest and the South. Even though the focus is on the state of Missouri, those who reside along the state line on the Kansas side also are experiencing and contributing to the growth.

According to a new report from the Missouri Chamber Foundation, “Companies are taking advantage of an accelerated trend to secure cost savings by locating people outside more recognized, and often more expensive technology hubs.” For example, the report shares that a 500-person employee tech firm located in Kansas City would cost an estimated $38 million in annual operations but the same size tech company would require a total of $59.1 million in annual costs if located in the San Francisco Bay Area. The economics give the c-suite and talent strategists something to think about.

While cost of living and a strong work ethic, among other factors, are attracting companies to consider the Kansas City Metro, we can also now add diversity and, specifically, women, to the mix. Kansas City has  become one of the best cities for women working in tech. It is the only city in America where women on average earn more than men. Roughly 29% of all tech workers in Kansas City are women, the 11th-highest rate. The city also ranks in the top 20 for tech employment growth and gender pay gap. With the emphasis on diversity in the workplace this is noteworthy if this is a business goal over the next 3 to 5 years.

There are other signs that Kansas City is positioning to become a top 10 tech hub. The region places at #5 on CBRE’s list of tech talent momentum markets, a measure of change in tech job growth, as part of its fifth annual Scoring Tech Talent Report. Kansas City also stands out in other key areas:

In the words of MarketWatch, Kansas City is showing “no signs of slowing down.”

While the Kansas City tech talent market outpaces the national average for tech industry growth, beating out other cities by attracting in-demand skilled talent, it doesn’t appear to be enough. With more than 3,000 unfilled jobs, the region, which is highly dependent upon tech to maintain a healthy economy, needs to find ways to fuel even more growth.

Job openings in Kansas City’s tech industry demonstrate a need for a mix of roles and skills. According to Guy Arnone, Genesis10 Operations Executive for the Kansas City office, developers, engineers, and cybersecurity specialists continue to be in top demand.  In fact, locally Arnone shares that companies are shifting their workforce strategy and hiring FTEs versus contractors because of the talent shortage and also in an effort to build competencies in select parts of the business.

Also worth noting is that position requirements such as college degrees are easing. Generally, our clients and our recruiters use college degrees or certifications, for example to sort applicants. Now, we are seeing a slight shift with requirements nationally “loosening up,” recognizing that not all talented individuals will have a four-year college degree. A senior researcher at the Urban Institute, Molly Scott shared, “People don’t have equal access to higher education.  Giving different ways to demonstrate skills and knowledge has great potential for sort of leveling the playing field.” This approach creates positive implications, affecting the socio-economic diversity of the region as well as creating opportunities for the unemployed and/or underemployed who want to work, but cannot find full-time jobs.

Businesses and education need to pull together to develop tech talent.  For the more than 10,000 open computing positions reported by the Tech Council, a regional advocate for Kansas City’s tech industry, there were only 1,000 computer science graduates who could fill those positions. The Chamber of Commerce report says schools need to work more closely with businesses to prepare their students for work. In response, schools are expanding tech education to meet the demand. The KC STEM Alliance is making a concerted effort to expand the STEM ecosystem in an effort to expose and cultivate young minds, which in the long run will continue to build the tech workforce in the region.

Another focus area to fuel growth will be compensation. Today the Kansas City Metro is approximately 4% to 13% below the national average.  “It’s imperative that we recognize we’re competing for this talent on a national level — and compensate them appropriately,” noted the KC Tech Specs report. “Paying in-demand, skilled workers at rates closer to the national average will enable us to pull from bigger markets and retain our local talent,” said Ryan Weber, President, KC Tech Council.

There is a trade-off because part of the value proposition increasing the attractiveness of the Kansas City Metro is lower cost but for select roles, we have experienced that companies can still compensate below the national average. The key words in the statement from Weber was in-demand.  For in-demand skills in order to attract and retain workers, compensation will need to be aligned to the national average. What we have seen is if it is not, then eventually companies will experience turnover. The cost of the turnover can be far greater than the norm in that the investment made to build institutional and job-specific contextual knowledge will walk out the doors and the opportunity cost associated with the position remaining unfilled. Only each company can assess the value of the impact that this will create to their organization but one more point to think about.

Well, the state of Missouri is well on its way to be positioned as a top tech market within the next five years. We will continue to monitor the Kansas City Metro for signs that demonstrate its success at expanding the Silicon Prairie to the region.

Interested in expanding in the Kansas City Metro, but no physical presence? Learn how Genesis10’s Domestic Outsourcing capability can help. 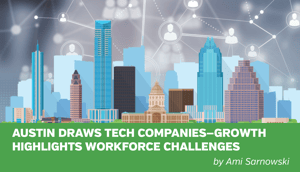 Austin Draws Tech Companies—Growth Highlights Workforce Challenges. Amazon’s announcement is one of many recently. According to a Bloomberg article, “Austin Is Building a Mini Silicon Valley,” Apple, Facebook and Google all have established... read more 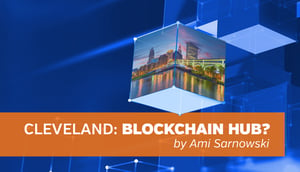 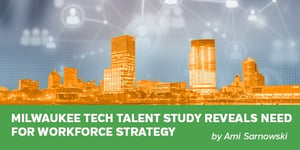