The Economist recently ran an article Workers of the world, about the birth and steady global rise of LinkedIn. What started as a solution to help Silicon Valley tech startups - lacking significant resources and infrastructure - to leverage their interpersonal and professional relationships, has transmogrified into “an online contact book, curriculum vitae and publishing platform for anyone wanting to make their way in the world of work.” 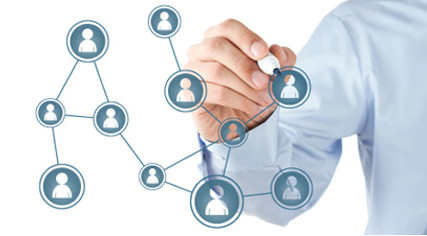 LinkedIn, according to the article, now boasts some 433 million profiles (read, online resumes) with two-thirds outside of North America. It also has significant global competitors – Viadeo (65 million members), which leads for popularity in its native France and also China and Germany’s third place Xing (14 million members).

The article frames LinkedIn as a game changer for headhunters and recruiters and focuses on the company’s ambition of becoming a three-billion-strong “vast economic graph, connecting people seeking or starting work or wanting more from their careers.”

Here on the talent strategy blog, we focused on the article’s subtext, which shines a bright light on the escalating war for corporate talent. Consider, for example, the following 11 statements taken out of the article’s main context and viewed in combination with one another:

Two pervasive underlying themes here are that corporations are finding it increasingly challenging to source the right talent, and networks such as LinkedIn place the talent that they do have at far greater risk of being poached. Floating one’s resume in the job market – once a highly risky thing to do - has become de rigueur. And there are plenty of virtually undetectable ways for talent to signal their receptiveness to being recruited.

“LinkedIn has become an incredible tool for recruiters to reach out to passive (currently employed) candidates and for people to hear about relevant jobs without concern that their employer will question why their resume is posted on a job board,” observes Remster Bingham, Vice President, Recruiting for Genesis10. “The downfall of LinkedIn right now is its growing popularity with recruiters. In the early days of the network, savvy recruiters could reach out via LinkedIn to share job details and candidates would be happy to hear from them. But, now that recruiters and companies have swarmed to LinkedIn to recruit talent, top talent is getting inundated with requests, often times with inapplicable jobs. Many potential candidates become frustrated or start to flat-out ignore the recruiter community.”

“The big change [with LinkedIn] is that most corporations never head hunted before," continues Bingham. "They relied on the retail recruiting methods of engaging a heading hunting firm otherwise known as post and pray. Corporations are now incorporating the war for talent into their company cultures and creating specialized talent-acquisition divisions. We are now seeing clients offering $6K talent referral fees to employees, which is a significant amount of money to 99% of America. Companies today are taking the war for talent very seriously and realize without the right people they will not be able to achieve their goals.”

In addition to exposing every company’s ‘talent flank’ in the war for talent, LinkedIn and similar networks, also have equal potential to either build up or damage a company’s brand as a desirable employer, Bingham notes. “Companies, and their talent strategists in particular, need to look at their employees profiles as an extension of their brands. With your company’s name listed as ‘current’ for an employee, they represent your company to the outside world. The content they post, the images they share, and the completeness of their profiles all have an impact on your brand. The impact can be very positive if your employees are participating in relevant conversations, contributing to groups or communities, representing their backgrounds in a positive light, or advertising your company in an effective summary paragraph. However, the opposite can also occur.”

While LinkedIn and similar networks pose huge opportunities for talent strategists and recruiters, their potential for conferring competitive advantage in the war for talent will continue to diminish as they gain popularity.

Talent strategists will need to become increasingly creative. They will need to mine the Big Data of networks such as LinkedIn and combine it with other business intelligence to inform not only recruiting tactics but also their assessments of market risk, location strategy and leveraging data on availability of skill sets to influence their flex-to-staff ratios.