Time to Get Proactive

In a recent post, Five Action Items to Address the Talent Paradox, we observed that junior talent − 22-27 year-old college graduates holding at least a Bachelor’s degree − are one of three under-utilized talent pools that can be mined to fill widening skills, talent and knowledge continuity gaps in U.S. corporations. 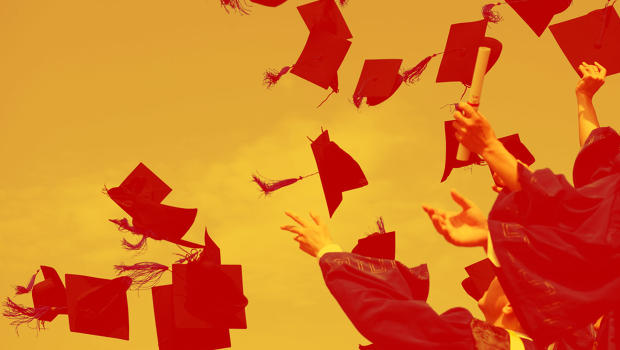 There are other recent studies suggesting that underemployment among recent college graduates stems from a fundamental oversupply of college graduates compared to the number of jobs being created that require cognitive skills, which are often associated with higher education. For example, a paper titled, Why are Recent College Graduates Underemployed? University Enrollments and Labor-Market Realities released last year by the Center for College Affordability and Productivity argues that:

“The proportion of the workforce with college degrees has grown far faster than the proportion needing those degrees in order to fulfill the needs of their jobs, forcing a growing number of college graduates to take jobs which historically have been filled by those with lower levels of educational attainments.”

That paper goes on to argue that:

“No doubt, slow increases or actual decreases in employment have aggravated an already-existing phenomenon of underemployment for college graduates, but any thought that this is a temporary problem related to the business cycle is wishful thinking.”

A dangerous consequence of chronic underemployment among recent college graduates is that it forces lower-skilled workers into even lower-paying jobs and/or squeezes them out of the workforce altogether, which is a powerful negative for longer-term consumer spending and, by extension, economic growth prospects for the U.S.

Yet, reports and articles detailing underemployment of college graduates in the U.S. are not always easy to reconcile with frequent stories and reports of talent gaps and ‘wars for talent’, which are widely expected to continue escalating worldwide over the coming decade. In 2009, 2011 and 2013 Lloyds of London cited talent shortages among top business risks. Just last week, Harvard Business Review’s Blog Network published Competing for Talent in Every Geography in which GE's vice president of executive development and chief learning officer Raghu Krishnamoorthy opines that, in addition to demographic shifts, there are new realities provoking a global war for talent. These new realities include: governments predicating market entry for foreign companies on local job creation, rising competition from ‘newly prestigious home-grown companies’ in emerging economies, difficulties sending ex-pats to new frontiers of business growth (in Africa and Southeast Asia, for example) and wide variability in skill levels from region to region.  “GE is one of many corporations now confronting these challenges. Operating in more than 170 countries, in multiple businesses that range from financial services to jet engines, and with more than 60% of our workforce based outside the United States, we must compete in every geography and get it right. Clearly, a multimodal talent strategy is required.”

Other research suggests there are fundamental large gaps opening between what corporations need in terms of talent and skills and what students are learning in school. For example, a recent article from Education Week/Digital Directions Computer Coding Lessons Expanding for K-12 Students notes that, “1.4 million jobs in the computer field, including coding, engineering, and data mining, will be available in the United States by 2020, but there will be only 400,000 college students majoring in computer sciences.”

This growing gap raises questions regarding disconnections between our education system, Corporate America and the guidance being offered to high school, college and potential post-graduate students.

How can society, our education system and corporate America create better workforce planning linkages to offer the right guidance to college students before they select their degree paths?

How is the U.S. education system partnering with Corporate America to address widening skills gaps documented over the past five years by researchers such as Lloyds of London?

How early should coding and other technology-related content be introduced into primary and secondary school curricula? Should this be expanded?

Please help us to start a useful dialog on these subjects by posting your comments and ideas below.