Immigration Reform: Where Do We Go from Here?

A recent article in the New York Times once again draws attention to the challenge CIOs and IT leaders face as they work to implement new initiatives that support emerging technologies. That is, there simply are not enough skilled technology workers to meet growing demand. 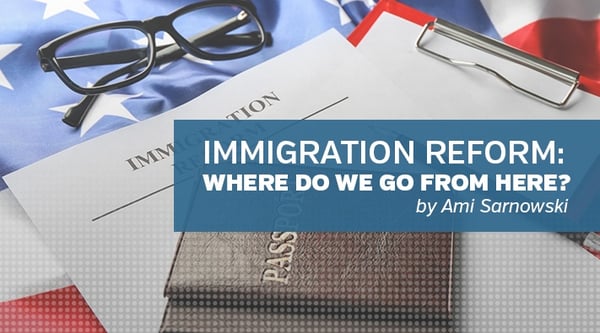 As the article  Companies Say Trump is Hurting Business by Limiting Legal Immigration  points out, the Trump administration’s proposal to reform immigration policy, particularly the H-1B visa program is only exacerbating the employers’ challenge.  There are also new efforts to limit legal arrivals from foreign nations by denying visas, seeking more information from applicants, and delaying approvals.  Key points from the article include:

In providing strategic advisory support to our clients, the overwhelming reaction to proposed immigration reform has shifted to managing risk and uncertainty. Companies that have relied heavily on contractors who require visa sponsorship often are supporting highly technical or specialized projects.  They pursued different avenues to engage resources to meet their needs because they were not able to find the talent locally. Now the issue is while they still have to get the work done, a new risk is introduced that has to be managed and there still is not enough talent. And it doesn’t seem that it will be resolved in the foreseeable future at least for such highly sought-after skill sets like software developers. The Bureau of Labor Statistics projects employment of software developers to grow 24% through 2026, faster than the average for all occupations. For one role, application software developer, the BLS projects that there will be more than a quarter of a million vacancies by 2026.

So, where do we go from here?

Interested in exploring how Genesis10 can help solve for workforce challenges? Contact us to schedule a 30-minute discovery session.

Also read Cybersecurity and Workforce Strategy: Do You Have a Plan?

Subscribe to the Genesis10 blog to read more on the tech talent gap and other top management priorities.